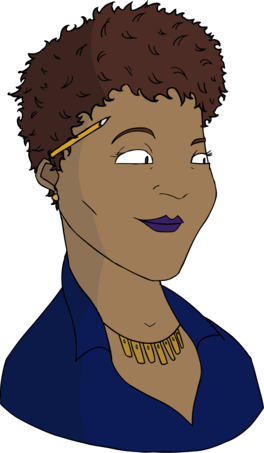 An overachiever from birth, legend has it that Polly Jane Watson delivered herself and sent the hospital staff home, deeming them superfluous. Growing up on the mean streets of suburban San Diego, Watson was efficient and organized from an early age, rigorously taking notes during birthday parties and baptisms, and scheduling follow-up appointments with friends after play dates. During an internship at her local library at the tender age of 11, Watson dedicated herself to organization full time, disgusted by the limitations of the Dewey Decimal system.

Recruited to the company personally by Luna DeLune, Polly was naturally attracted to the possibility of organizing an eccentric corporate structure with as many obvious flaws as the Delavigne Corporation. Her valuable work at the company continues, as she endeavors to keep the chaotic elements of the group at bay while nurturing her key values: order and logic.

I know what it feels like to work with an incompetent staff, myself.